This article put forth two goals:

2) To create an algorithm, based on POCUS of IVC and lung fields to sort patients into 3 categories: fluid resuscitate, fluid test, fluid restrict 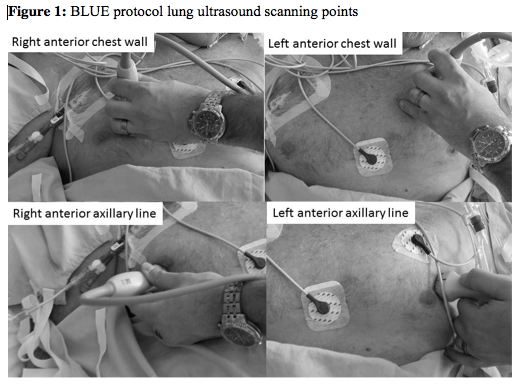 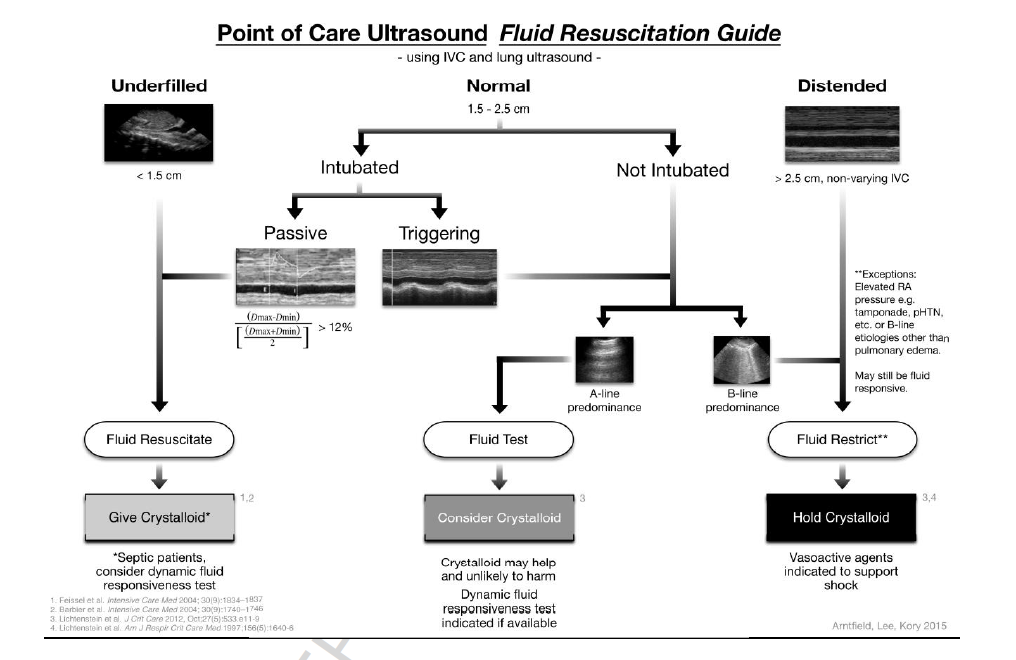 “Combining both IVC and lung POCUS is easy to accomplish and provides valuable information for determination of fluid responsiveness.”

POCUS use is rapidly gaining momentum for a variety of clinical tasks, and clinicians are becoming more comfortable with its uses. We agree that this algorithm is feasible in the ED and can add valuable information to the evaluation of critical patients. Though prospective validation is still lacking, incorporating it into practice to help guide (though not determine) a course of action makes sense based on existing evidence.

As emergency physicians continue to become more comfortable with POCUS, there is little doubt that this algorithm, or a revised version, will become a routine part of clinical evaluation of critical patients.

Based on the existing literature, this algorithm creates a reasonable approach to assessing volume status and volume responsiveness in patients. As with any algorithm, it should be integrated into the entire clinical picture.