Background: The immediate post intubation period in the ED is a critical time for continued patient stabilization. While physical adjuncts like securing the tube, in line suctioning, and elevating the head of the bed are part of general post intubation management, better understanding of analgesics and sedatives have offered newer approaches.

Early Interventions in the ED Can Have an Effect:

Rapid Sequence Intubation (RSI) provides paralysis and amnesia to the patient during the process of endotracheal intubation however analgesia is typically not administered peri-procedure.

Adapted from Clinical Practice Guidelines for the Management ofPain, Agitation, and Delirium in Adult Patients in the Intensive Care Unit. Critical Care Medicine 2013

After absence of pain is ensured, pharmacologic sedation may be indicated to help relieve discomfort, improve synchrony with mechanical ventilation and decrease oxygen requirements and overall work of breathing. (Patel 2012) 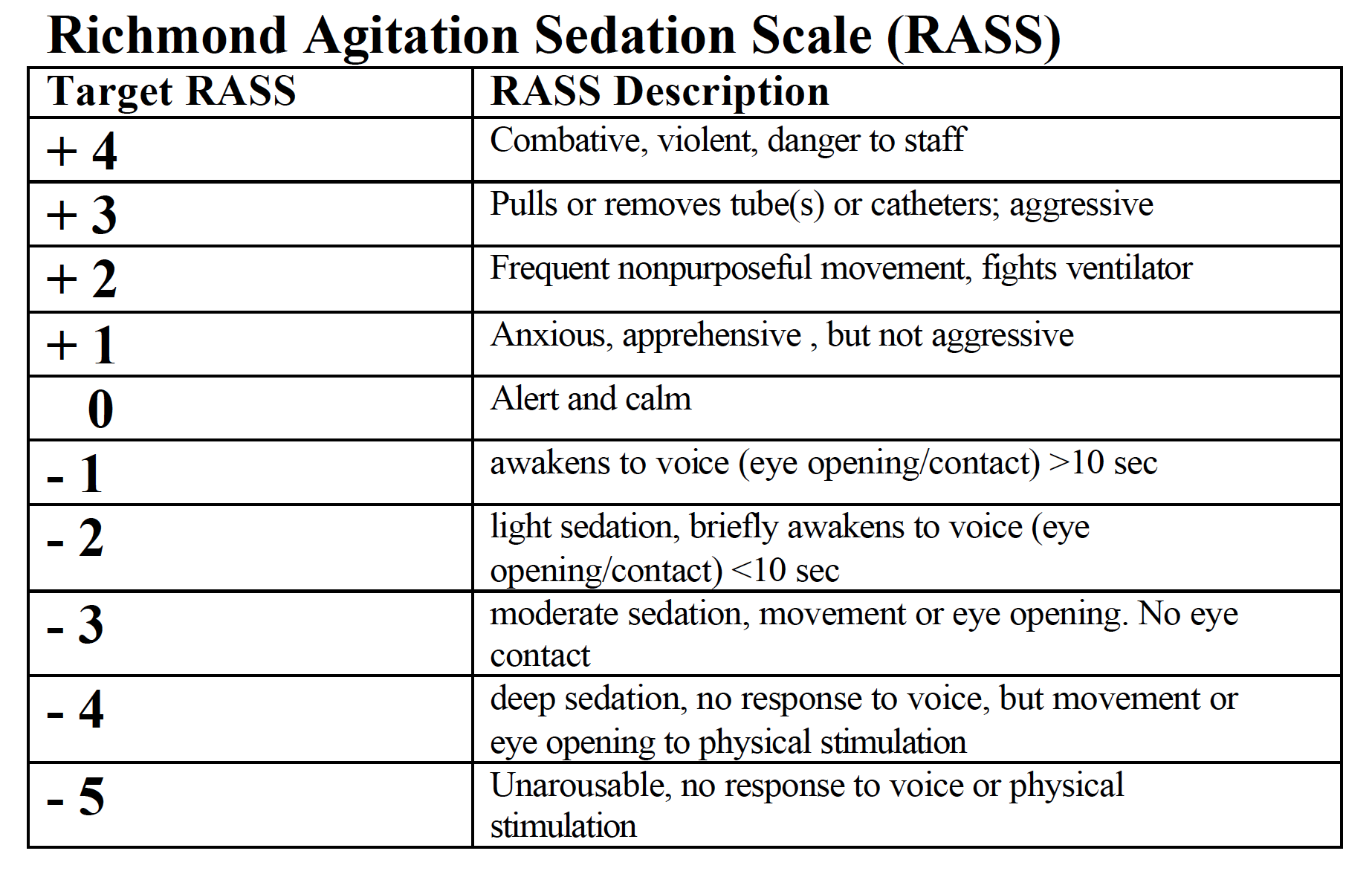 Adapted from Clinical Practice Guidelines for the Management of Pain, Agitation, and Delirium in Adult Patients in the Intensive Care Unit. Critical Care Medicine 2013

EMCrit: Podcast 21 – A Bad Sedation Package Leaves Your Patient Trapped in a Nightmare