Definition: Tissue hypoperfusion that is primarily attributable to damage to the heart.

It is more important, however, to look for evidence of hypoperfusion. In the acute setting, this will typically manifest as a change in mental status (lethargy, decreased responsiveness, agitation, decreased capillary refill, cool extremeties  etc.).

Causes: Acute myocardial infarction (AMI) is the most common cause of cardiogenic shock. Below is a list of other diagnostic considerations that should be entertained: 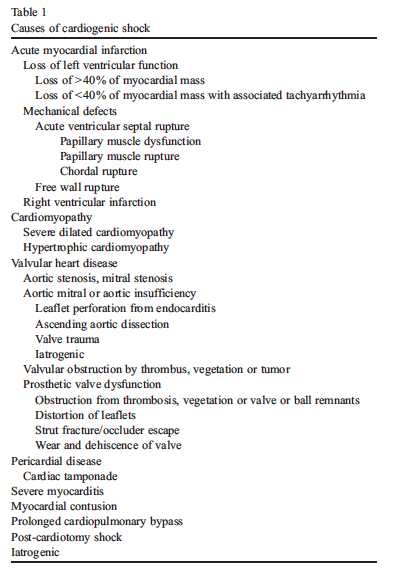 Pathophysiology: This will depend on the causative mechanism. The pathophysiology in AMI induced cardiogenic shock is the most clear: 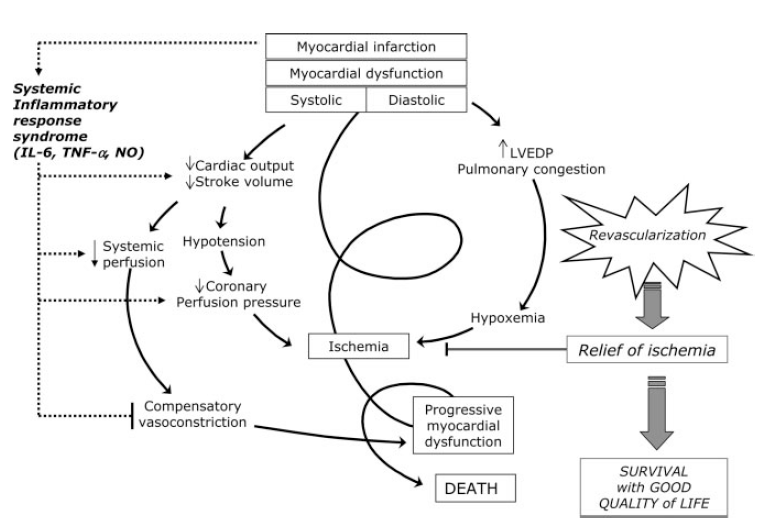 Immediate Management: As STEMI is the most common cause of cardiogenic shock, we will focus on the management of this disorder.

This post was also featured on REBEL EM here. Thanks to Salim Rezaie and the REBEL EM Crew for supporting the launch of our new site!