50yM no PMH, active smoker presents by ambulance with chest pain. Six hours ago he developed substernal chest pressure and nausea, no vomiting. Pain was moderate and constant, but he had a presyncopal episode 1hr prior and severe worsening of chest pain which led him to call 911. He was given ASA en route.

No medications or known PMH

Aortic dissections have a highly variable presentation, which makes diagnosis challenging.  It is much rarer than ACS, with an incidence of 5-30 cases per million people, and a high risk of mortality (classically 1-2% increase in mortality with each passing hour) (Hagan 2000).  There is no information in the literature regarding the incidence of aortic dissection among cases that present as myocardial infarctions.  However, several independent studies reveal the incidence of troponin elevations in aortic dissection to be 12-18% (Davis 2005, Hansson 2012, Leitman 2013) and ST elevations to be 2-8% (Hagan 2000, Davis 2005, Luo 2009, Hirata 2010, Hansson 2012) – both remarkably consistent ranges.

Lessons from this particular case of aortic dissection mimicking myocardial infarction are outlined below.  These principles are consistent with a recently published approach (Helman 2017).  These small cost-effective changes in a provider’s chest pain initial workflow may increase his/her suspicion for aortic dissection.

The commotion and diagnostic bias in this particular case led to an incomplete history.

In this case, a murmur was appreciated on exam but not considered.

The patient in this case reported pre-syncope, and a more thorough neurologic examination should have been performed. 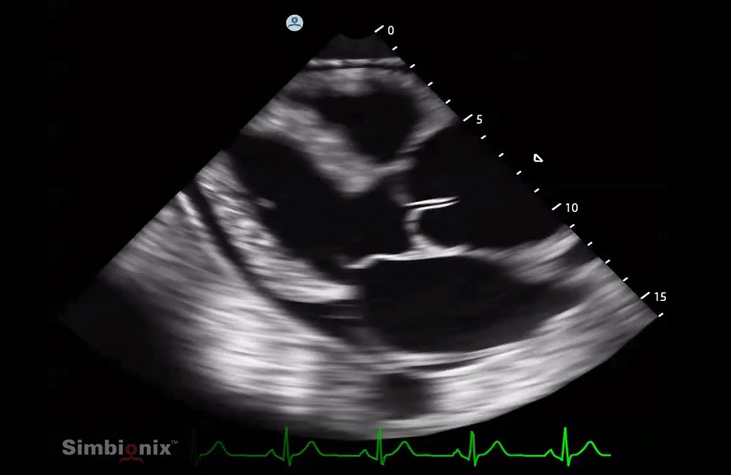 These cost-effective clues may increase the provider’s pre-test suspicion for aortic dissection and lead him/her to order CTA for definitive diagnosis.

With regards to therapeutics, in our patient’s case, he received inappropriate anticoagulation.  One study noted a 50% complication rate in nine patients with aortic dissection that had been inappropriately anticoagulated – usually increased intraoperative bleeding (Davis 2005).  Poor outcomes have also been described from tPA administration for (incorrect) suspicion of acute stroke or acute MI in patients with aortic dissection.  Thankfully, our patient did not receive dual antiplatelet agents, received only easily reversible heparin, and suffered no significant complications.

The treatment for aortic dissection is discussed elsewhere, but medical treatment relies on reducing shear forces through the reduction of heart rate to <60 bpm and systolic blood pressure to 100-120.  This is achieved via IV beta blockers (first line) or IV dihydropyridine calcium channel blockers (second line), followed by vasodilators.  Aggressive pain control with IV narcotics and reversal of anticoagulation should also be considered.  Definitive treatment is open surgical vs. endovascular repair. 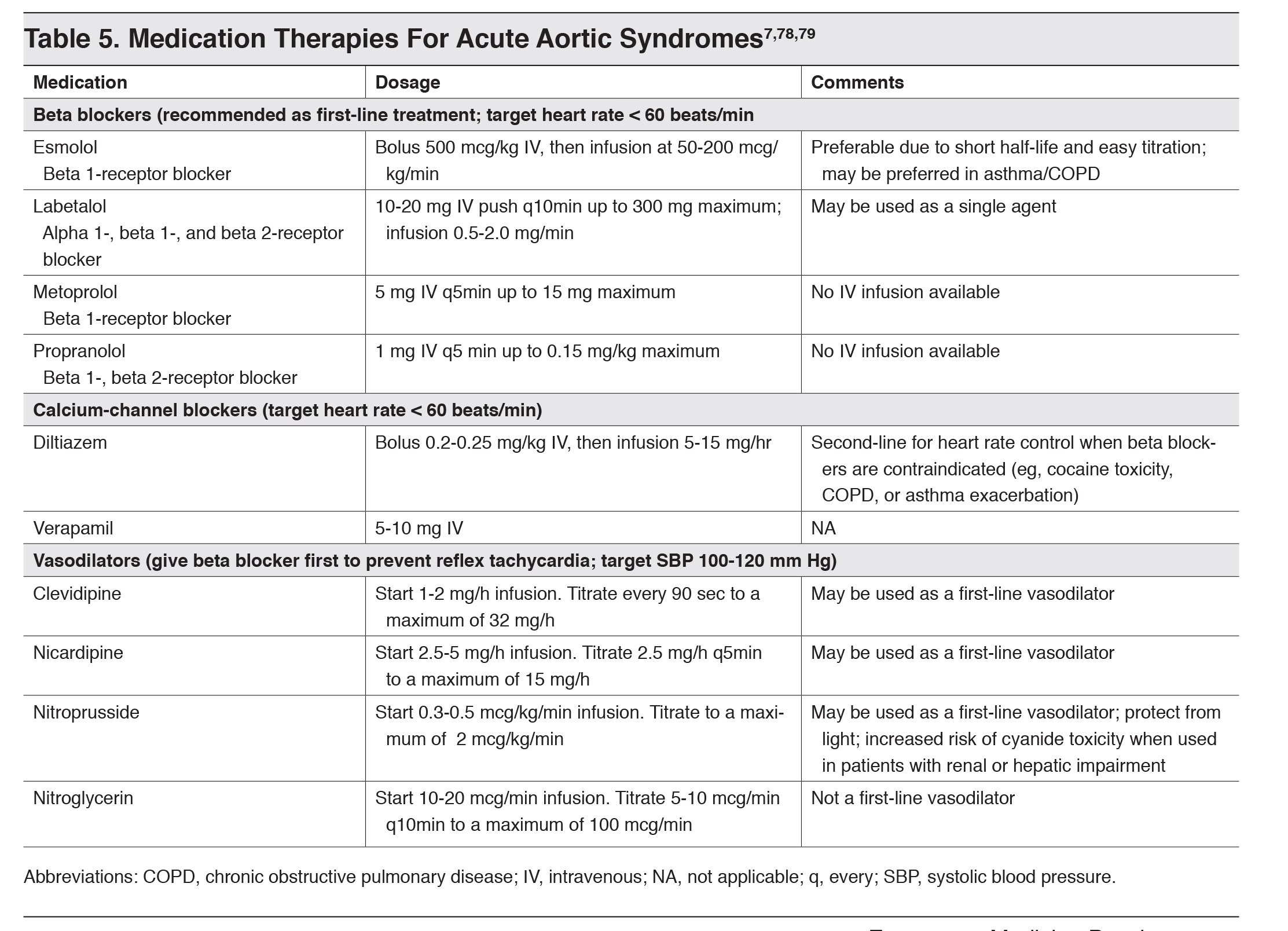